"I was constantly fighting against the norm."

Words and story by Yana Papaya. 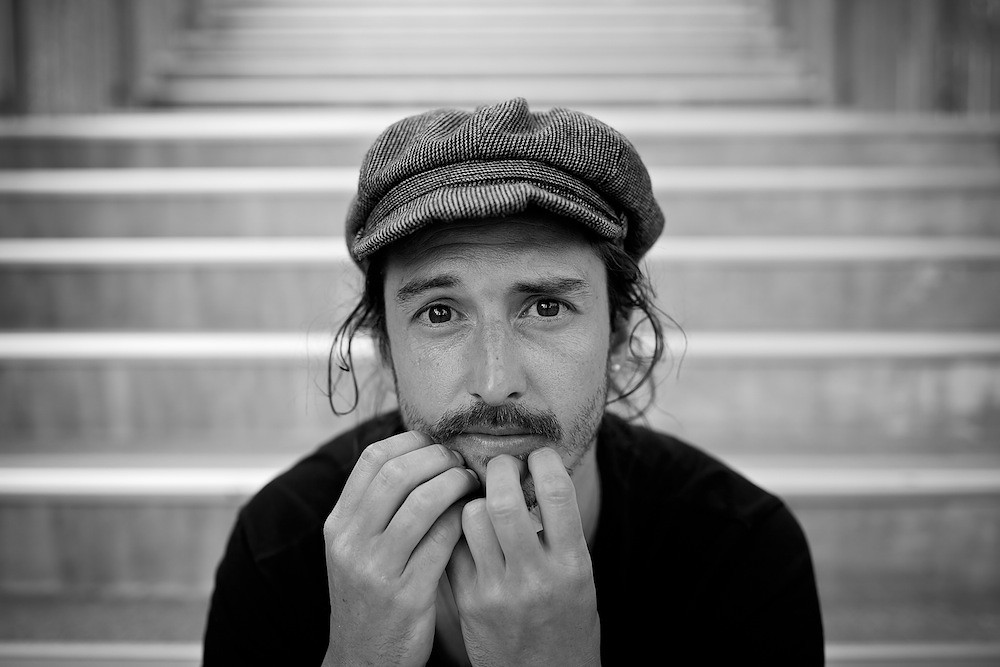 Once in a Blue Moon Graham Candy was born. Today we feature his story.

Graham Candy doesn’t belong to the dynasty who looked after the chocolate factory. The sweetness defines neither his passion nor career. He is a New-Zealand born artist. A musician who has moved to Berlin, Germany 5 years ago to follow his dream – to put his name on the musical world map, establish a world-known reputation.

How did it all start? Apart from being proactively passionate about his music. He took a chance. Graham received a permanent contract with a Berlin-based label Crazy Planet Records (BMG Entertainment) straight after an “accident” acquaintance with Mr. X – his future manager Matthias Muller at Portland Public House, Auckland, where Candy was performing one night. Matthias was immediately drawn to the uniqueness of his talent, that media tends to define as “a high-pitched female voice”. Straight after performance, Matthias approached Graham with an exciting offer. The rapid wind of change pushed Graham to take a chance and get a one-way ticket to Europe without knowing what was coming up next.

Working and lifestyle routine in Berlin – work hard, party even harder – over the years has definitely influenced Graham in various ways – creatively, professionally and personally. Leaving all behind and putting things into perspective, marked significant trigger points and decluttered him from unwanted “carry-on” luggage. “Travel light. Enjoy the ride.” became his motto.

Over the last 5 years it has been a serious and super fun ride for Graham Candy. Diving and adapting to a new culture is like a self-development training on steroids. Everything happens very fast. Way too fast. The popularity can hit you overnight – you lose your mind and need someone to pinch you to make sure you are not dreaming. Loud crowds and fans at the festivals, awesome collaborations with European DJs is just a start of his career. Some other music achievements speak for themselves.

Graham received his first gold for a track “She Moves (2014)” that he recorded with Alle Farben that reached #9 in Germany, selling over 170,000 copies across Europe. His featured vocals on Parov Stelar’s “The Sun” also made him popular. Candy released his debut album “Plan A” that represents a colourful and diverse indie-pop journey into his past life as he sings about home, family, letting go and keep pushing towards your dreams.

At his 26, Graham Candy seems to find his sweet spot on the map as he shares lolliPOP inspiration with the world. He mainly performs quirky, fun and cheerful tunes during touring life around Europe and Russia, while leaving intimate indie-songs for very special occasions.

We caught up with Graham Candy during his last visit in Auckland in January 2018 to talk about his music adventures and ambitions, his thoughts on love and creativity, his life aspirations. 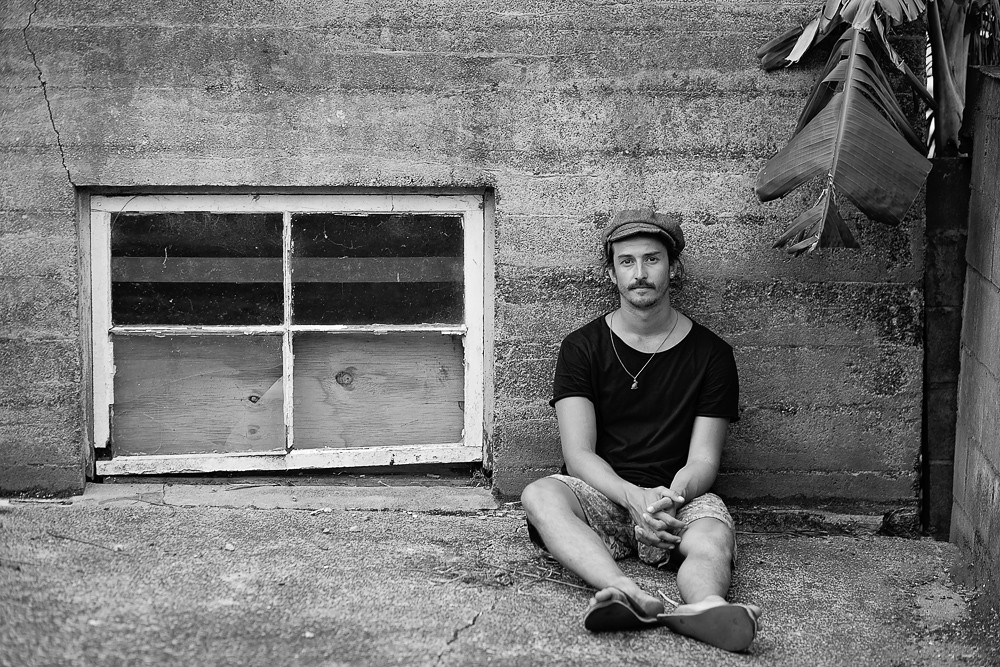 I am an open book. I like to lay my cards on the table. I am black and white, there is some grey in between. I like extreme decisions and extreme things. Do you want an example? I met a random guy at Portland Public House who offered me to kick off my music career in Berlin. So I just did it. I moved to Berlin without procrastinating or overthinking too much.

I always wanted to be an artist. As that’s who I am and whom I want to be. I always wanted to have people’s attention and make the audience smile and laugh. I wasn’t going for a specific creative direction and define myself only as a musician, an actor or a writer. I know people like to label stuff but I wasn’t like that. All I knew that I was and I am an artist.

Ambition is a beautiful thing. Recently I met a young musician Anthony Utama who is 29. He’s got an insanely beautiful voice and a sort of talent. He is wanting to move to Berlin like so many artists to start his career like I did. It was great to meet with him to hear even after all the obstacles like jobs, family commitment and the so called “tall poppy” syndrome (that Kiwis are infamous for) he just wants to smash it and follow his dream! Simply because I am where I am because of other people with ambition who gave me their time and support, I want to give the same back to someone else with same drive!

It’s funny how you can be held back in your ambition when you don’t meet certain social standards, thus it makes impossible for you to excel in this or that ambition. Like in my case lots of people think that you have to be classically trained and come from a musical family to start a career as a musician. People with those ambitions that are sometimes drowned from society are the people that stand out, they are the ones that have a hard fight as you are somewhat fighting against the “system”. If your ambition is to settle down, have a 9 till 5 job, maybe a nice family and home, maybe that ambition is easier to follow because society can lovingly support that principle.

I was constantly fighting against the norm. At school, I was called gay. My father wanted me to be in trade. There was not much money in music living in New Zealand, and some people don’t think you’re much worth.

I am not saint, I have done lots of bad things which is a loose side of why I am on this planet for. I, like so many others, have been in pretty low spaces, when you got no money, got no nothing. But I have never been depressed about because I am who I am and what I love to do. Even if I’m on the streets playing music, I am doing my dream!

You can whether treat Life as the adventure or as the nightmare. The adventure isn’t going to be always good. Adventure is up and down, up and down, push and pull. The bad things that happen you can take as something to learn from and keep pushing forward. Take all the experiences and put them in your pocket! 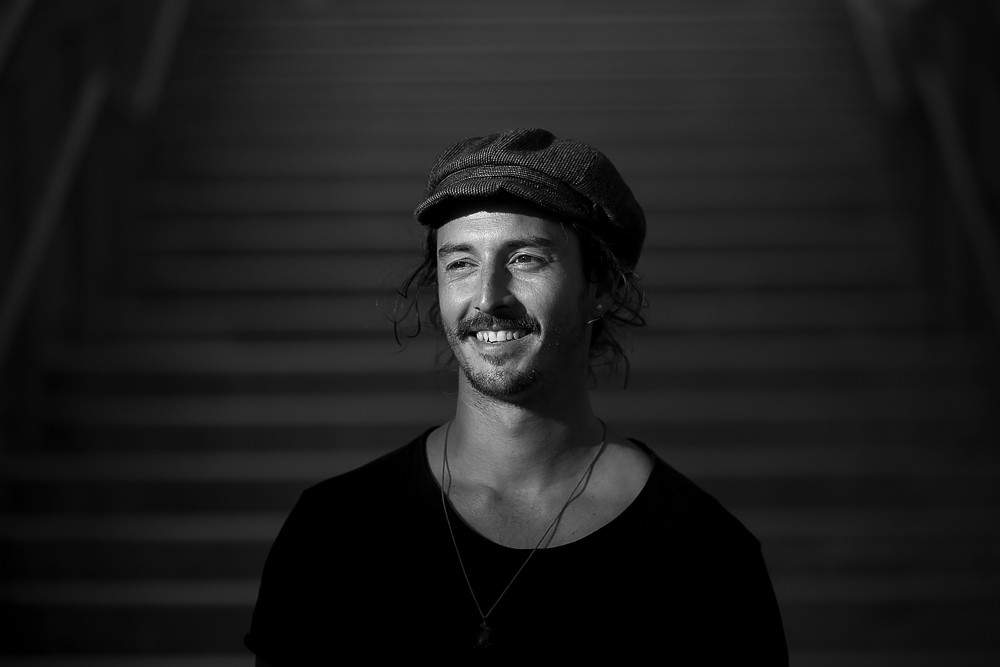 There is always a “Pixie” to save you from your worst self. I remember in the rough times when I could feel a deep void in me, One pixie, Clive turned up and offered me his home and place safe enough to allow me to keep going towards my dreams. I believe that if you keep going with the Flow of the river, keep your mind and doors open, you will always find pixies around the corner! In return, I will always be a Pixie for someone else if we meet. A universe is always a place that will give you an insane time with a few slaps in the face! As Clive would say though, Honourable people associate themselves with Honourable people.

I am a man of few words when it comes to things like relationships. I would rather be practical and be more about actions than words. I think actions are always more powerful!

As an artist, I always find ways to give back to the community and its great to attract people into your life who provide you with such opportunity. We just organised a fundraiser in Auckland to build a school in Tanzania. We are trying to raise 5000 dollars to build a school building in 6 weeks to give an opportunity for kids to get education easier. I have been lucky to grow up in a society where getting the education is simple and easy, I would love for everyone to be able to have that same opportunity, with a dash of music!

When someone asks me, I define a type of music success as simply just being sustainable in this field. Also to be able to give that opportunity to other musicians so they also can live off their passion. Finally, success for me is being able to give others happiness and unique moments that they can remember and hold on to. When people come to my show and sing along with me, there is no greater feeling than that I think. Nothing beats those moments!

As a musician people try and compare you to other artists. I wouldn’t say I am a poet like Bob Dylan or have a voice like Pavarotti. But my music ambition is to make the world a happier and Funtime place. I have written sad songs, but I wouldn’t necessarily perform them all the time because I would rather have shows of dance and energy.

I want to be an artist that wants to be in the middle of when you stand on the edge of a cliff and your about to jump. Always on the edge and that’s how I want my creativity to be. Edgy. What’s awesome is that Creativity is infinite. When my life stops the creativity won’t, that keeps me pushing on every day sometimes.

Life inspires me. It’s so mental that we have this consciousness about life and we witness non-stop beauty around us. You find beautiful people and things everywhere you go, and darn the food is tasty! When I am near the ocean, when I can see, hear and feel it, this is one of my favourite moments. Or the fact that vibrations can make sweet sweet music, it’s so awesome!

One of my favourite places from touring last year was Russia. It’s such an intense place to tour, there are things that you can’t explain! I would always just say “because Russia” when I would see a gigantic hole in the middle of a motorway or a man dressed as an astronaut crossing a lonesome road. It’s a pretty straight up place, you just have to keep an open mind!

Perfect day? Probably coffee, sex, swim, hang with family, food, meet someone new, play and listen to some music, and achieve something for the day!

I am all about family and it always comes first! Not all of my family is blood, I have so many friends I call family that I know have my back and I have theirs. It’s very special to find people like that! 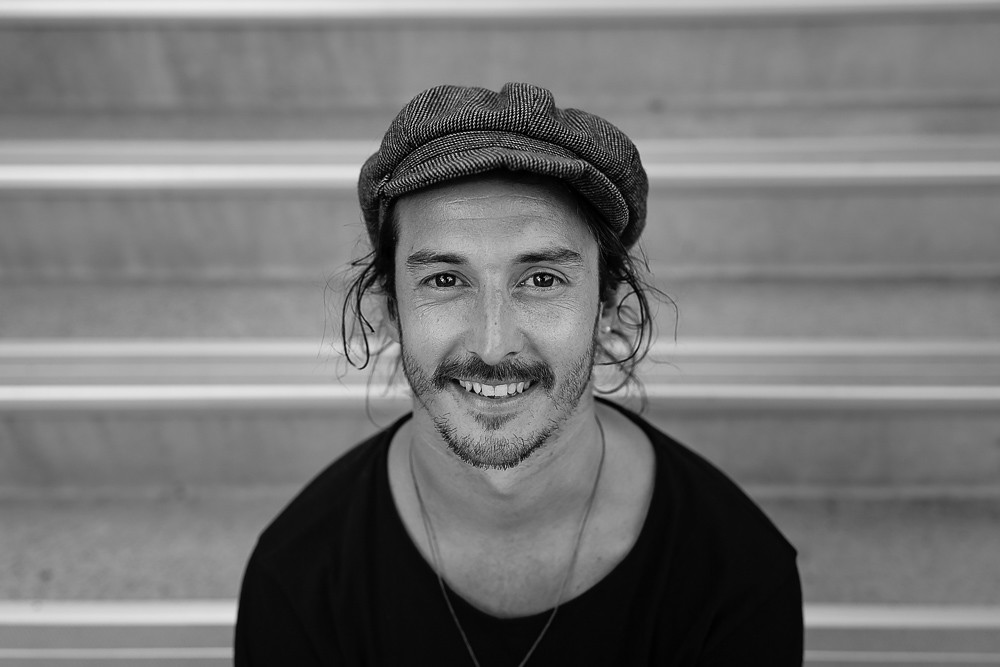 Yana Papaya is here. I don't know if it's the first story you are reading or if you are a true fan of Papaya Stories' hub. Nevertheless, we hope this story made your day. Because that’s why we are doing it. We want to make a difference in the world by providing qualitative and meaningful content across our inspiring platform. But we can’t do it without your help. There are No Big Names, No Big Brands or Sponsors behind our backs. We are a small team passionate about storytelling, people and life.

It takes a lot of our time, money, energy and creativity to produce the content for you, to inspire YOU for happy and fulfilled life.

Help us to serve our mission! For as little as NZ$1, you can support Papaya Stories – and it only takes a minute. Thank you.

A fun Q&A with Kaktus

A fun Q&A with Kaktus - an indie music band from Russia.